Some bugs are gross, some are cute, some are pretty and some are downright scary! My favorite bug is all of the above. Plus, next to the honeybee, it’s the hardest working insect I know.

The insect I’m talking about are actually beetles. Dermestes Maculatus or as they are commonly known, dermestid beetles. 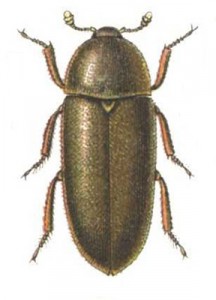 These beetles are often used to clean the bones and skulls of deceased animals and even humans. Taxidermists, anthropologists, forensic scientists and a few branches of law enforcement utilize this insect to help prepare bones for use or identification and to solve crimes. They’re also used by nature educators like me to attain animal skulls, which otherwise can get pretty costly, for public programs.

It is actually the larvae stages of the beetle that do the work of eating the flesh off of the bones put into their enclosure. The enclosure is simply a plastic storage bin with a screened lid. The lid keeps out flies and other unwanted pests that could possibly destroy the integrity of the item being cleaned or destroy the beetle colony.

The dermestid beetle colony is then placed on a couple inches of recycled newspaper animal bedding interspersed with several chunks of Styrofoam, which they bore into to pupate. The larvae go through about seven molts or instars (the period between molts) before reaching maturity. The female beetle end up a little larger than the male, and she is capable of laying several hundred eggs in her five months of life. 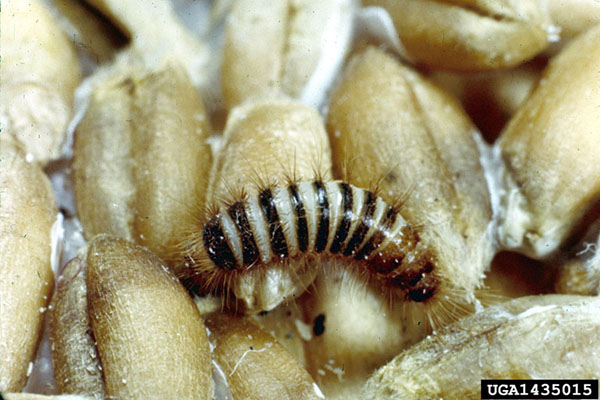 The colony will continue to grow as long as long as there is an adequate supply of food. A good strong colony of several thousand beetles of all stages can clean a deer size skull in about 3–4 days! A smaller colony of a thousand or so is adequate for smaller stuff like fox or raccoon skulls.

So does the item being cleaned by the beetles rot and stink? Not really! The beetle colony does in fact have a very unique scent. It’s not exactly Chanel No. 5, but if the item is prepared and managed properly, it won’t smell as bad as you’d think!