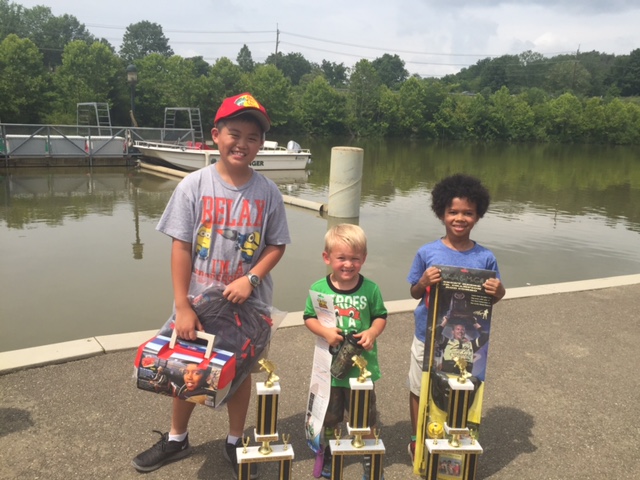 This past Sunday was one of those hot July days that make fishing tough. On this particularly hot summer day we held the fourth Kids’ Mystery Fish Challenge at Winton Woods. The lake was up from the rain the night before, which made boats unavailable, but there was still plenty of room to allow for some bank fishing.

A total of 27 kids took part in the contest. Starting promptly at 9 a.m., not even 10 minutes had gone by before the first fish of the day was weighed in. Periodically throughout the event, kids would come up to the weigh station to weigh in their catch in hopes that their fish was closest to that secret mystery weight. The majority of the fish weighed in were bluegill and small panfish, but we also saw a few yellowbelly catfish.

At noon the air horn was signaled to let everyone know the contest had ended and to gather at the weigh-in station to reveal our three winners:

Everyone who participated received a Great Parks’ trophy and a prize donated by Bass Pro Shops.

Thank you to Bass Pro Shops for sponsoring this great kids event and thank you to all of the kids who came out to Winton Woods to participate! Our next Kids’ Mystery Fish Challenge will be held at Miami Whitewater Forest on August 9 from 9 a.m.–noon.