Sharon Woods Lake held the final Bass League tournament on Wednesday, May 20. There was a tight race for the top, but Matt and Steve Wheeler won by finishing with a score 145 out of a possible 150 points! For winning the league, Matt and Steve won a $500 shopping spree to Bass Pro Shops and a free entry into the Bass Series championship. 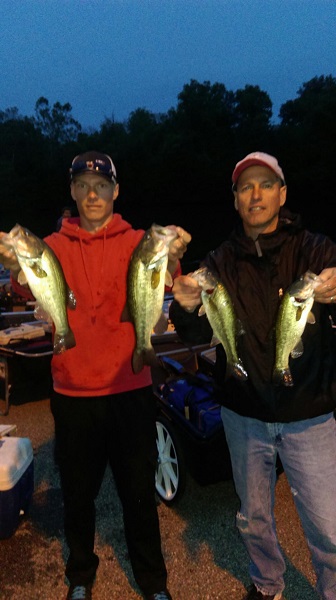 Frank Yates and Bill Smith won the prized Panfish Cup in record-breaking style! The two anglers caught over 74 pounds of crappie and bluegill in five hours. Based on the fish being a quarter of a pound each, they caught about 300 fish – or about a fish per minute! The dynamic duo ended the year with 177 pounds of fish in five tournaments! 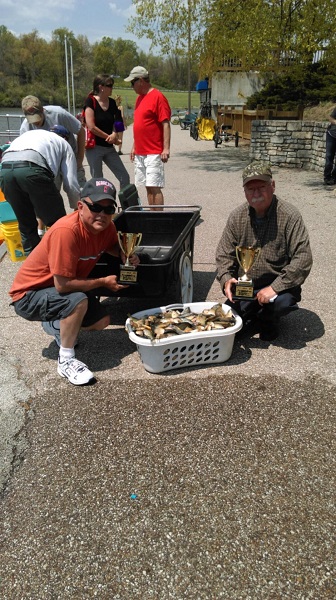 A brand new kid’s event called the Kids’ Mystery Fish Challenge kicked off at Sharon Woods Lake on Saturday, May 16. Before the tournament started, we sealed the weight of the mystery fish. At the end of the event, we revealed the weight of the mystery fish. The kid in each age group who caught a fish closest to that exact weight won a special prize courtesy of Bass Pro Shops along with a three-foot trophy. The winners were Lindan Hartford, Kaylee Hunt and Jagon Willkerson. Every kid who caught a fish, though, won a smaller trophy. The next Kids’ Mystery Fishing Challenge will be held at Lake Isabella on Memorial Day (May 25) from 10 a.m. to noon. There is no cost for the kids to participate. 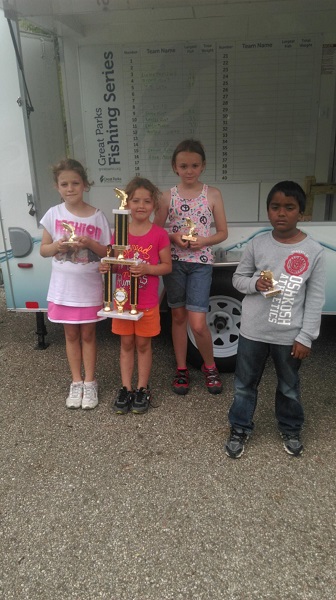 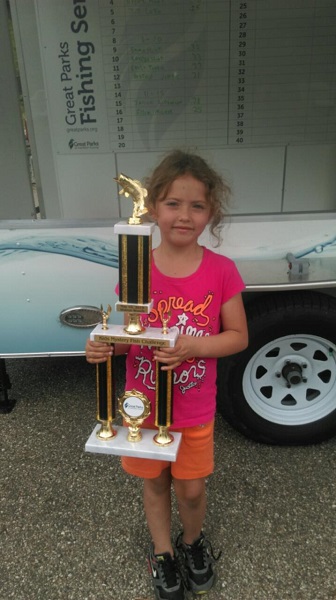 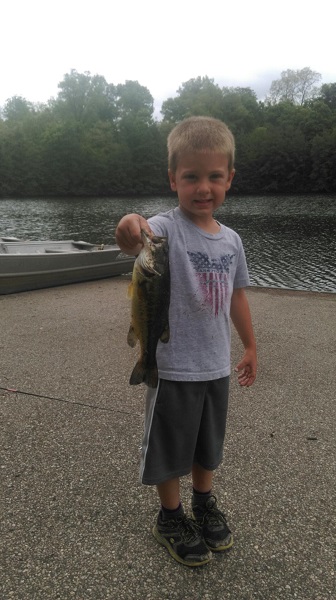 Congratulations to all anglers!