Winter gives us the ability to spot the secrets that the trees were hiding during the warmer months. The nests of bald-faced hornets are one of my favorite secrets to find. Most people have probably seen their teardrop-shaped nests. The unlucky among us have felt the damage these insects can inflict. 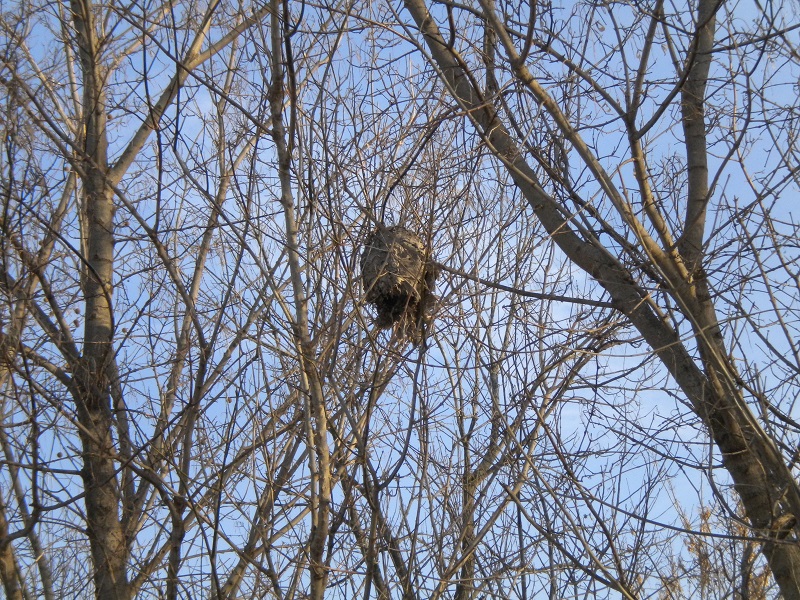 These nests actually hold a few secrets themselves. The hornets procure nest materials from the fibers of trees, which they then chew up into a pulp and spit out in place as an outer envelope to the nest. This gives the nest that paper-like look and feel to it. Upon closer inspection, you can see the different colors representing the various plants from which the worker collected the material! 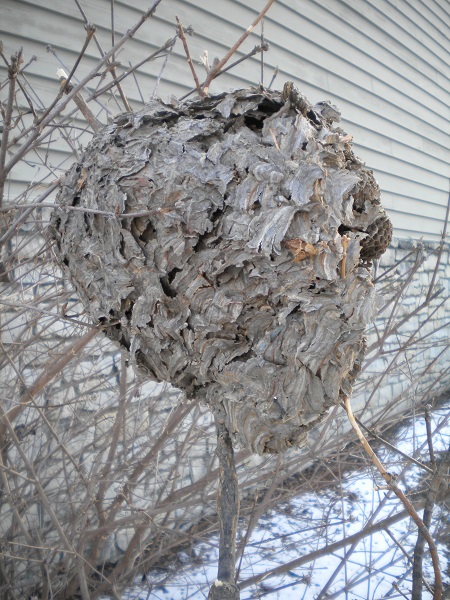 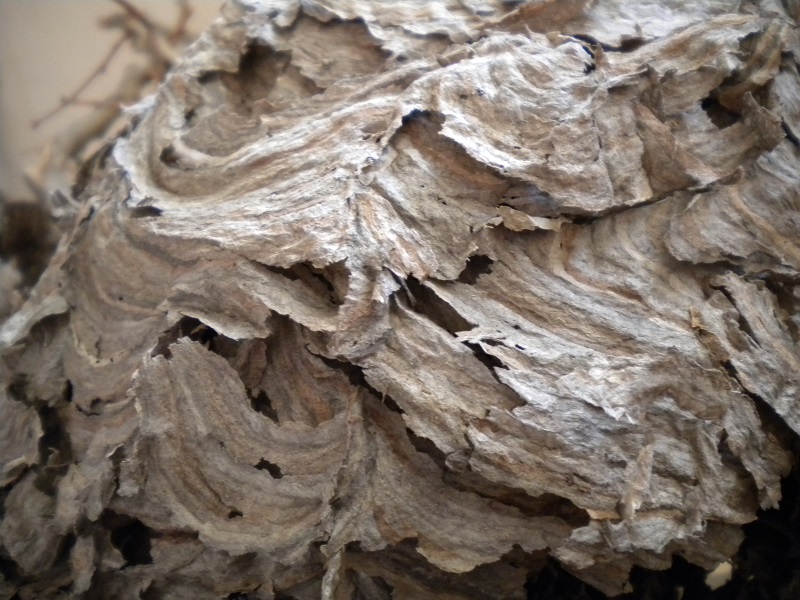 The inside portion of the nest resembles those of a typical beehive. The queen creates hexagon-shaped chambers, which are used to rear the young hornets, called larvae. Adult hornets feed spiders, insects and other invertebrates to the larvae. When the larvae turn into adults, they in turn help make a new addition to the nest. They will continue to build onto the structure until about September.

The colony holds one more secret. A special brood of eggs are laid by the queen. This last group of hornets flies off to mate, and then they overwinter under the leaf litter. After about seven months of dormancy, these hornets emerge to take their role as queens and begin construction of new nests. And the fate the original queen and workers? Death before the first frost hits… their nest waiting for us to find.