Before the cold weather settled in, Great Parks was busy aerifying the putting greens at both Winton Woods golf courses.

Aerification is a cultivation process where soil and/or thatch is removed from the surface without destroying the turf. It’s typically viewed as a burden to golfers by disrupting the playability of the putting surface. But the fact of the matter is aerification plays a key role in maintaining healthy and dependable putting surfaces throughout the year.

The aerification process serves many purposes. It relieves some of the compaction caused by golfer foot traffic, improves the surface drainage of older soil-based putting greens and improves gas exchange to the root zone of the grass to promote a healthier plant. With the right weather conditions, the disturbance to the putting surface is almost unnoticeable within 10–14 days. But this success is also dependent on having the right equipment, staff and plan.

Punching Holes
The first step in the process is to fertilize the greens approximately five days prior to aerification. This fertilizer application will have the grass growing at its peak, allowing it to heal as fast as possible in the days following aerification. Next comes the punching or “coring” of the actual holes. Hollow tines are used to punch a hole and remove a “core” of soil and thatch. 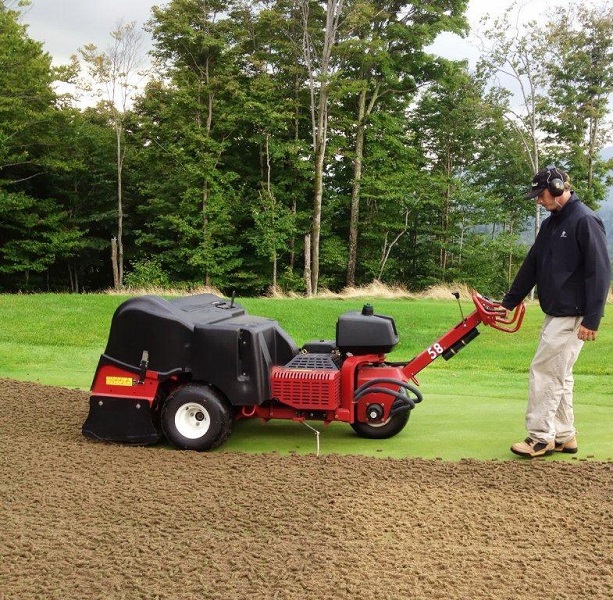 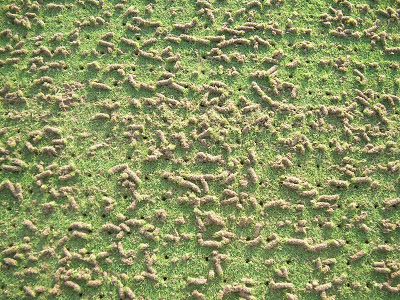 Aerification plugs on the putting surface

Cleaning Up
The collection of the cores is the most labor intensive part of the aerification process. Core harvesters are used to remove the cores from the surface of the putting greens. Great care must be taken to protect the greens from any mechanical damage from the equipment.

The holes are then filled in with a topdressing of sand. The sand is chosen specifically for its particle size and uniformity and meets US Golf Association (USGA) specifications. During the topdressing process at Winton Woods, nearly 50 tons of sand was applied to all 33 greens on both The Mill Course and Meadow Links & Golf Academy golf courses and practice facilities.

This topdressing of sand is meant to dilute “thatch” on the course. Thatch is a layer of partially decomposed organic material, such as turfgrass stems and clippings, which build up in between the soil and grass. Diluting thatch is important, because it can restrict water movement through the soil and lead to soft, soggy greens. 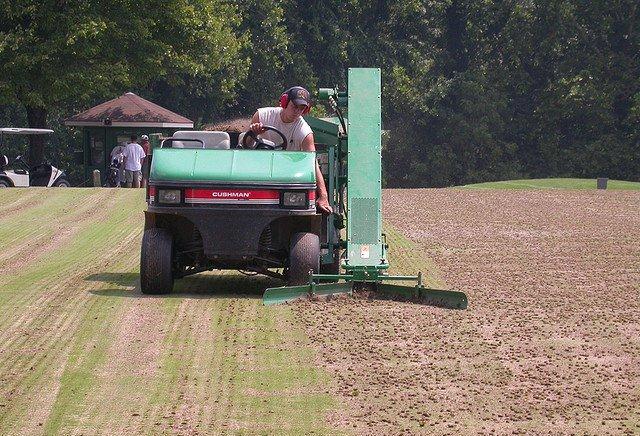 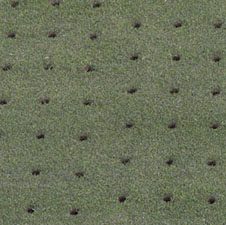 The ultimate goal for greens aerification is to have healthy, dependable greens that will perform well throughout the entire season. Greens aerification should not be a process that is dreaded by golfers, but should be viewed as an improvement and investment in the longevity of enjoyable putting surfaces for seasons to come!