A Giving Thanksgiving Day Open Tournament
On November 15, we hosted our annual Turkey Day Open fishing tournament at Miami Whitewater Forest Lake. The six-hour tournament allowed any and all species of fish to be weighed-in. While some of the anglers were fishing for hundreds of panfish to accumulate the most weight, others were hoping to catch just one monster catfish.

Before the tournament started Jon and Jessica Owens, from Amelia, Ohio, offered some of their secret bait to Scott and Jacob Renaker. The Renakers didn’t know it at the time, but the cut shad they were given was the magic bait of the day! The Renakers went on to win the tournament with one blue catfish weighing over 24 pounds. The Owens finished right behind them with a blue catfish weighing almost 18 pounds. The second place team, Jon and Jessica Owens, were the winners of the 2012 and runner-ups from last year’s Turkey Day Open. 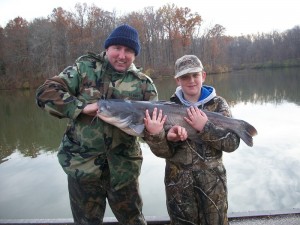 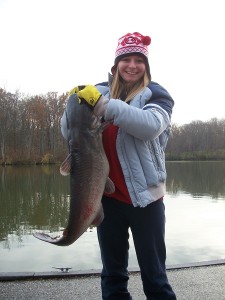 Although they didn’t win first place, their generosity wasn’t unnoticed. The Renakers kindly gave the Owens one of their two prized turkeys for providing bait and knowledge about the lake. This was a great example of our anglers showing off the “Giving Season” before Thanksgiving! Congratulations to all winners! 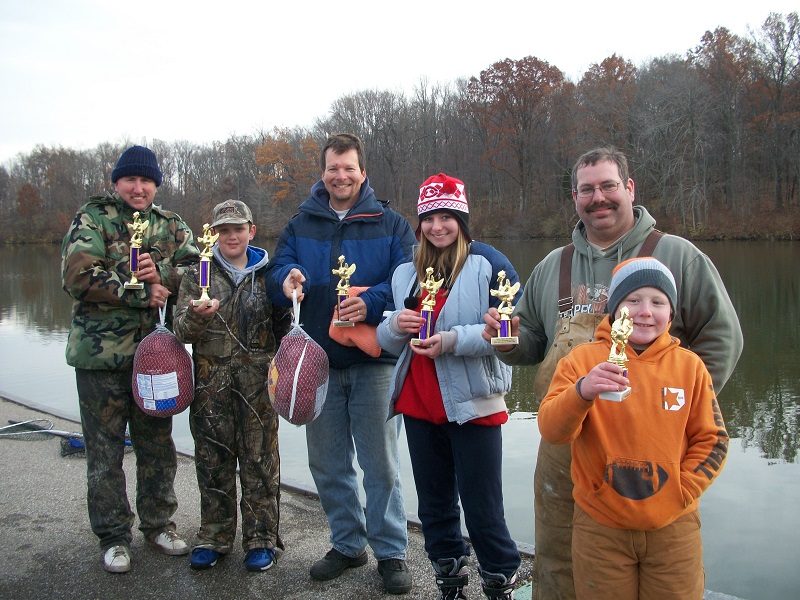 Panfish Are Still Biting
Matt Frondorf from Cincinnati, Ohio, went fishing on Saturday, November 8 at one of our Great Parks. He caught more than 40 crappie and bluegill on both jig presentations and minnows under a bobber. He noticed that most of the fish were between 2–10 feet with the occasional jig fish even deeper.

Thank you for another great fishing season!