Woodland Mound is home to a few vernal pools, which began teeming with life in March. Vernal pools are temporary ponds, typically forming in the spring, that serve as a habitat and incubator for certain insects and amphibians. Frogs and toads were singing relentlessly near the vernal ponds around Seasongood Nature Center and piquing the interest of many visitors. One of the naturalists also heard an unusual frog call that sounded like a cross between a pig and a duck. After doing a bit of research, we believed the frogs calling were wood frogs. 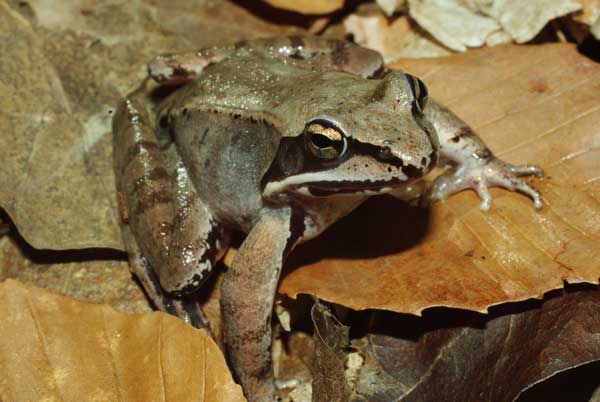 To be certain, we needed to collect some eggs in order to see the developing froglets. During a children’s program, some eggs were collected from one of the vernal pools and placed into a temporary exhibit at the front desk. Visitors and staff enjoyed watching small black dots inside the jelly-like eggs grow and hatch into tiny tadpoles. The staff checked on the tadpoles daily, feeding them goldfish flakes and frozen iceberg lettuce and replacing the water when necessary. The tadpoles ate well and grew into light-colored creatures that reached about 1.5-inches in length.

It was at this time the American toads took over the pond right behind Seasongood Nature Center. They made their presence known with incredibly loud calls that could be clearly heard from even inside the nature center. Since the frog tadpoles were so fascinating to watch, it only made sense to add some toads to the mix. So during another program, toad tadpoles were collected and added to the exhibit with the frog tadpoles. 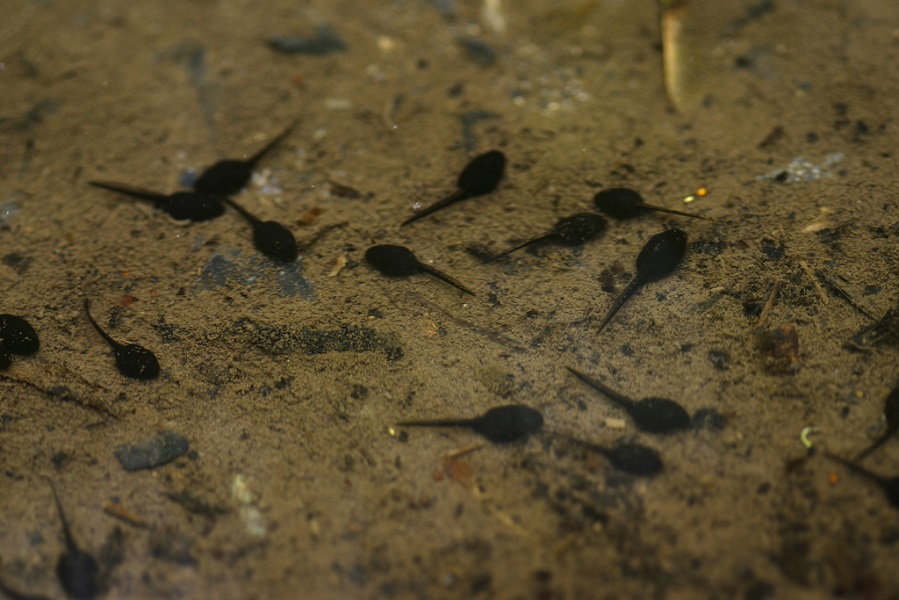 Both species coexisted together sharing lettuce and goldfish flakes. The frogs, being a few weeks older, were the first to sprout their back legs. Once this was accomplished, the rest of the metamorphosis happened rather quickly. Front legs developed, the tails began to shrink and one morning the first tiny froglet was perched on a rock inside the exhibit. It was clear at this point that these were, in fact, wood froglets. Other tadpoles quickly followed in becoming froglets, and then it was the toads turn to begin metamorphosing. Jet-black tadpoles grew legs and lost their tails in just a few days, and began hopping around on the rocks. As they grow, the froglets and toadlets become insectivorous. It has been difficult to get them to eat in captivity, so as soon as they are hopping around on the rocks and breathing with newly developed lungs, they will be released back to the vernal pools where they were originally collected. 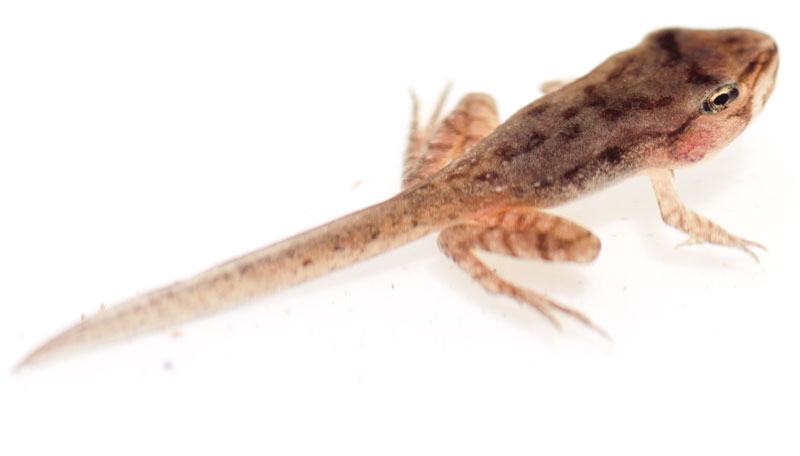 This exhibit experience also had one more surprise for us. In our initial batch of pond water we accidentally collected a snail, which has been regularly laying eggs on the walls of the exhibit. These eggs have hatched into sesame seed-sized snails that are keeping the exhibit clean. It has been a fascinating experience watching three different species live and grow together all at the front desk of Seasongood Nature Center! 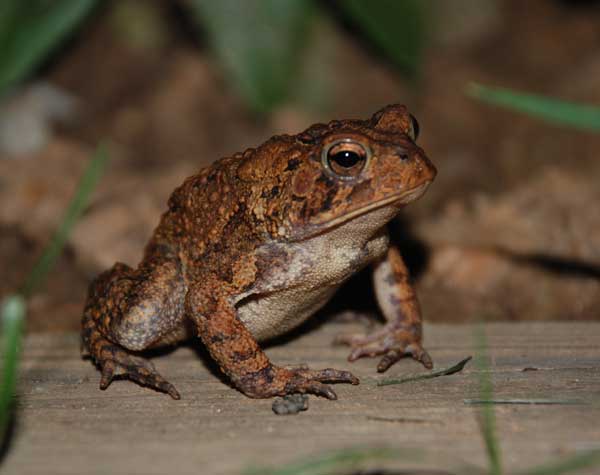