Triple Creek Kids Derby
On April 27, Triple Creek held the 2014 Kids Fishing Derby. Great Parks volunteers signed in more than 100 children to the event! These young anglers, from all over greater Cincinnati, showed up to test their skills in hooking the big one. Prior to the event, the Triple Creek pond was stocked with beautiful farm-raised channel catfish and hybrid bluegill raised by the Great Parks of Hamilton County’s very own Stewardship Department. Each child who caught a fish received a certificate to commemorate their catch along with a fish trophy to place on the mantel! 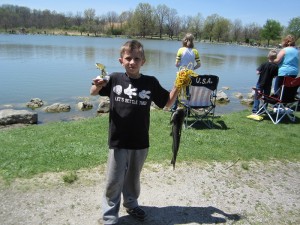 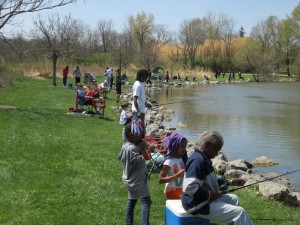 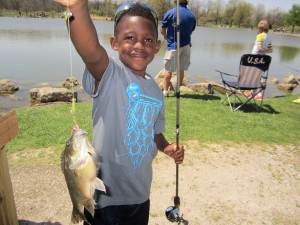 Panfish Cup
We have a new Panfish Cup champion! After Frank Yates and D.J. Huegel won the prized Panfish Cup over the past couple of years, Curtis Meece earned the cup and bragging rights for the rest of the year. Curtis had a grand total of 112.4 pounds of crappie and bluegill.  Congratulations Curtis!

Sharon Woods Bass Fishing League
Sharon Woods Lake held the third bass fishing league tournament on Wednesday, April 30. The anglers caught many fish through the tournaments so far. There’s a tight race for the top, but the current leader is team Alsept/Gleason followed by 2 Fat Old Guys and Miller/Ski. 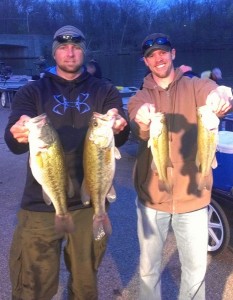 Bass Series at Miami Whitewater Forest
Come to Miami Whitewater Forest Lake on May 10 and test your skills against some of the top bass anglers in the tri-state. Earn points through the six qualifying events to qualify for the Championship and your shot at $1000 in Bass Pro gift cards! Entry fees are $70 per team and includes boat rental. Sign up the morning of the tournament beginning at 6 a.m.!