Bass Series
We had 18 teams at Miami Whitewater Forest for the Bass Series tournament on July 14. Steve and Shawn Gardner won the event with a limit weighing almost 11 pounds. Mike Hoefker and Brain Short finished in second place with four fish weighing 10.16 pounds. Hoefker and Short caught the biggest bass of the tournament, which weighed in at 5.36 pounds! James Whitaker and Brian McLucas finished in third with 9.72 pounds. Altogether there was over 90 pounds of bass caught during the tournament. Congratulations anglers! 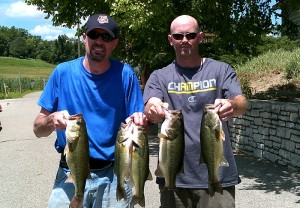 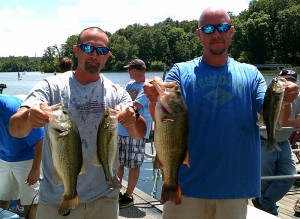 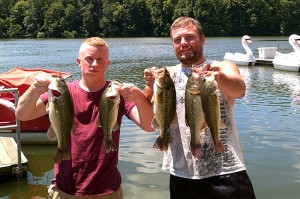 The next Bass Series tournament will be held at Sharon Woods on July 28 starting at 7 a.m. Registration begins at 6 a.m.

Reeling in the Big One
Sam Cinesi from Cincinnati caught a 35-pound blue catfish on a gold fish. Nice catch! 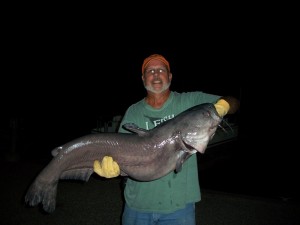